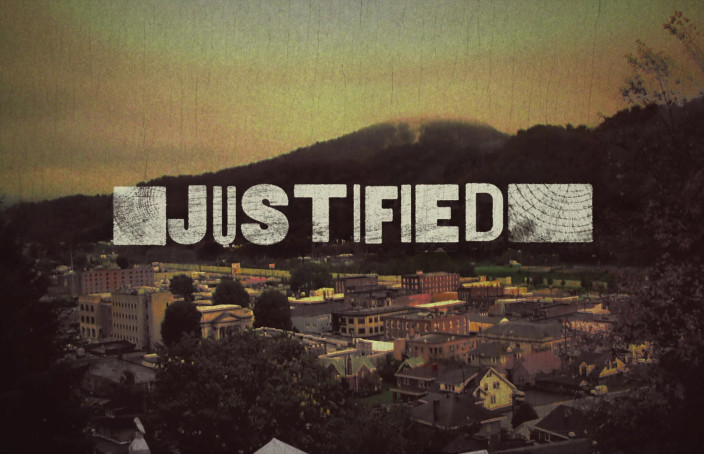 Over the coming months, the doctrine of justification will be subject to a great deal of scrutiny. The 500-year commemoration of Luther’s Ninety-Five Theses is seizing public attention, and, more than any other subject, justification is in the limelight. Whereas recent years have tended to focus on diverse interpretations in biblical studies (e.g. new readings of Paul and the Law), this upcoming year will view the subject along a historical-theological line, particularly the one that cuts across the Catholic and Protestant divide. Against this backdrop, I would like to ask a specific question: what is our basic difference?

According to Alister McGrath, the leading characteristics of the Protestant understanding of justification during the sixteenth century were threefold: First, justification involves a “forensic declaration that the Christian is righteous,” that is, a change in one’s legal status before God (as opposed to a process of internal renewal by which one is made righteous). Second, there is a “deliberate and systematic distinction” between the forensic activity of justification and the internal process of sanctification or regeneration. Third, “justifying righteousness or the formal cause of justification” is alien, external, and imputed.[1]

On the other side of the ecclesial divide, the Roman Catholic Church responded to Protestant arguments by convening the Council of Trent (1545-1563) where it defined its doctrine in its Decree on Justification (1547). Rejecting the Protestant view of “faith alone” grounded in the forensic imputation of Christ’s righteousness, the Roman Church chose to emphasize the “process” of justification (beyond baptism) whereby the gift of righteousness is internally “infused” through her Sacraments, a process expressed in moral virtues and good works as the necessary condition for man’s final absolution.[2] As for the contemporary significance of Trent’s teaching, Avery Cardinal Dulles, S.J., explains that the “theology of justification in Roman Catholic teaching has undergone no dramatic changes since the Council of Trent.”[3] The Reformation is apparently not over.

When comparing the Roman Catholic and Reformed Protestant doctrines of justification, there is recognition that the fundamental difference between the two positions comes down to the “formal cause.”[4] By way of definition, the formal cause is an intrinsic component of a subject, the fundamental reality that makes it what it is. Taking its cues from Aristotle’s list of four “causes,”[5] the Council of Trent explicated justification’s formal cause as follows:

Finally, the one formal cause [on which justification is based] is the justness of God: not that by which he himself is just, but that by which he makes us just and endowed with which we are renewed in the spirit of our mind, and are not merely considered to be just but we are truly named and are just….[6]

The Protestant Reformers were also interested in defining justification’s formal cause.[7] For example, in his Locus on Justification, Peter Martyr Vermigli expresses general agreement with the overall causal framework of Trent in terms of the “final” cause (the glory of God), the “efficient” cause (divine mercy), and the “meritorious” cause (the death and resurrection of Christ).[8] Vermigli then explains that the point of contention is particularly the “formal cause.”[9] Unlike Trent, which defines this cause in terms of the righteousness with which one is counted and made just, Vermigli, with Reformed Protestantism, limits the strict sense of justification to the forensic reckoning of righteousness.[10] He thus states: “Therefore, we say that justification cannot consist in that righteousness and renewal by which we are created anew by God. For it is imperfect because of our corruption, so that we are not able to stand before the judgment of Christ.”[11] Peter Toon helpfully summarizes how basic is this difference among Catholics and Protestants:

The Catholic Church remains nervous about grounding justifying grace in nothing more than God’s favor, as Protestants believe. This concern animates the Catholic insistence that justification is more than a matter of reckoning Christ’s righteousness (imputation) but must necessarily involve a process of internal renewal in which the grace and merits of Christ are poured into people’s hearts (infusion), thus making them increasingly justified. As the Catechism states it, “Moved by the Holy Spirit, we can merit for ourselves and for others all the graces needed to attain eternal life” (CCC 2027).

This is where we find our biggest difference. Protestants point to the problem of sin, which prohibits people from meriting the smallest measure of divine grace. Because the most impressive displays of human righteousness are unworthy of God’s glory and favor, no one can ever rely upon human merit. Instead, it is only the perfection of Christ’s righteousness that constitutes the ground or ultimate basis of acceptance before God, a righteousness that is accounted to sinners as a gift. Justified persons are clothed in Christ, on the basis of which God embraces us as fully righteous. Unlike Catholic theology, in which the decisive verdict of God’s acceptance comes at the conclusion of life following the accumulation of sacramental grace and merits, Protestants emphasize the decisive moment when people believe in the gospel apart from works. They are justified by faith alone, and their perfect standing before God results in new life as children of God, a life that then blossoms with good works by the internal renewal of the Holy Spirit through the Word of God.

[1] Alister McGrath, “Forerunners of the Reformation? A Critical Examination of the Evidence for Precursors of the Reformation Doctrines of Justification,” Harvard Theological Review 75 (1982):219-242; (idem, Iustitia Dei, 212-213). Berndt Hamm’s conclusions support this taxonomy vis-à-vis the formal cause (192), imputation (194), and distinction of justification from sanctification (196). The Reformation of Faith in the Context of Late Medieval Theology and Piety: Essays by Berndt Hamm (ed. Robert J. Bast. Leiden: Brill, 2004). For the historical antecedents to these characteristics, see A.N.S. Lane, Justification by Faith in Catholic-Protestant Dialogue: An Evangelical Assessment (London: T&T Clark, 2002), 138-140.

[2] Chapter seven of the Decree on Justification explains “What the justification of the sinner is and what are its causes.” Tanner, Decrees, 673.

[3] Avery Cardinal Dulles, S.J. “Justification in Contemporary Theology,” in Justification by Faith: Lutherans and Catholics in Dialogue VII, ed. H. George Anderson et al. (Minneapolis: Augsburg, 1985), 256. I take Dulles’s word “dramatic” to mean “substantive.” According to A. N. S. Lane, even if the Joint Declaration on the Doctrine of Justification (1999) is taken into account, the positive exposition of the Tridentine decree remains incompatible with a Protestant understanding, even though the gap is narrower than it was previously. Anthony N. S. Lane, Justification by Faith, 223.

[5] In seeking to explain the “why” of a thing, that is, its cause, Aristotle explains changes of movement in terms of its material, formal, efficient, and final cause. Physics 2:3 trans. Philip H. Wicksteed and Francis M. Cornford. Loeb Classical Library. (Cambridge: Harvard University Press, 1968), 1:128-31.

[6] Tanner, Decrees, 673. The causal scheme of Trent, which develops the final, efficient, meritorious, instrumental, and formal causes, varies somewhat from the Aristotelian taxonomy.

[8] In this section, Vermigli does not mention Trent’s “instrumental cause,” namely, the sacrament of baptism. This would have been another point of sharp disagreement since Martyr is concerned to uphold faith as the sole means of appropriating the divine forgiveness. Romanos, 1252 [159].

[10] Outside of his response to Trent’s causal framework in which he identifies justification’s formal cause as the imputation of Christ’s righteousness (1251-1252 [159]), Peter Martyr does not explicitly address the causa forma.