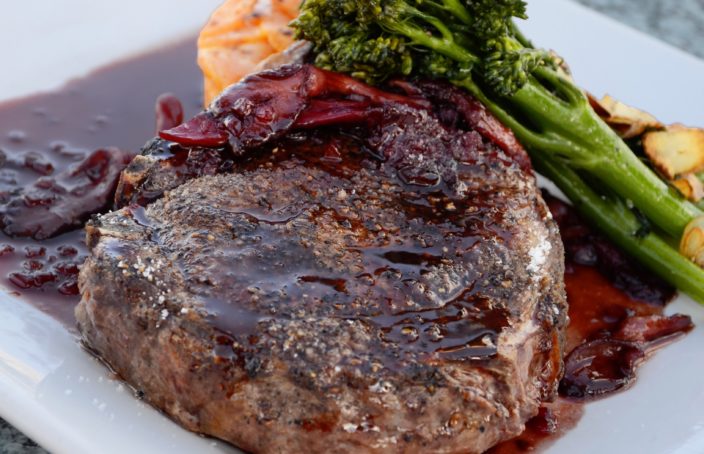 I am often asked, “What is the fundamental difference between Catholic and Protestant belief?” There are numerous ways to answer the question. Sometimes I use the following illustration.

During my early twenties, I worked for a fundraising firm that conducted campaigns in Catholic parishes and diocese across the country. On one occasion I attended a black-tie affair held at the Breakers Resort on Palm Beach Island. In a gigantic dinner room sat a packed audience of wealthy potential donors. Before the bishop opened in prayer, our team reviewed the agenda one last time. It was then we discovered the blunder.

All the campaign elements were in place—volunteers, video, brochures; the problem was the food. On the menu was an entrée of filet mignon, twice-baked potato and vegetable. At any other time of the year, steak would have been great; unfortunately, this particular Friday was during Lent, a special religious season when Catholics abstain from eating meat. To willfully consume meat on a Friday during Lent constitutes a sin. If one should die after doing so, it would put them into the flames of purgatory (or perhaps worse). This was a serious problem!

In actuality, many Catholics eat meat on Fridays during Lent, but they don’t usually do it when dining with the bishop and clergy. Further, it is unthinkable that the Catholic Church would host such a meal. The salad and a dinner roll would buy us about twenty minutes. The Lord’s multiplying of fish crossed my mind more than once.

While our team of fundraisers nervously stared at one another in silent bewilderment, the bishop spoke. He reiterated what we already knew about Lenten food laws and the implications for our predicament. He continued, “As the bishop, I have the authority to declare a special dispensation which will allow us to eat meat during Lent. If there is ever a time for such a provision, it is now.” I then watched the bishop pray, announce the menu, and before guests connected the doctrinal dots, he pronounced a special blessing to sanction the meal. My eyes turned toward old Joe Sedlak who sat beside me thinking that if he had choked on his steak and died apart from the bishop’s blessing, he might have been roasted. But now, after the bishop’s prayer, he could feast in peace.

From a Protestant point of view, clerical authority of this kind stretches incredulity to the breaking point. Even so, the Bishop’s announcement makes sense in the context of Catholic theology. If authority is vested in the Bishops to the extent that they mediate forgiveness and sanctifying grace, then such priestly action follows logically.

That evening, I left the Breakers finally understanding that the issue of Church authority is the fulcrum that separates Catholics from Protestants. Do you recognize authority to be found in the Bishops by means of apostolic succession? If so, you are a Catholic. If instead you see ultimate authority to be in Scripture alone, you are a Protestant.