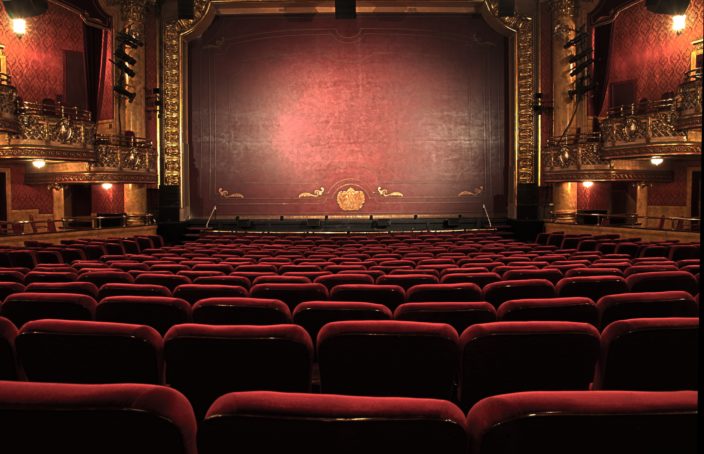 The term coram Deo (before the sight of God) has been used for millennia as a way to remind God’s people to live worthy of our calling. Unfortunately, instead of seeing the glory of the invisible God, our eyes tend to fall upon a thousand instances of sin and brokenness—our own and that of the world. We therefore wonder: how can we recognize more of God’s empowering presence? I think the following illustration may help.

Years ago, when I studied acting at the HB Studio in Manhattan, I learned Uta Hagen’s concept of the “fourth wall.” Simply put, in performance theatre, the “fourth wall” is an imaginary wall located in between the audience and the stage. Actors are instructed to envision specific items on their fourth wall (i.e., a sunset, farmland, urban sprawl, rolling ocean waves… whatever is required by the scene), keeping their eyes pointed toward this foreground. In doing so, one’s face remains visible to the audience in a way that conveys integrity to his (dramatic) identity and calling. In other words, by giving attention to the unseen dimension, one’s mind, emotions, and countenance are lifted above the mundane environment (of a theatre) in apprehension of a new world.

I remember when I first applied the fourth wall technique at the Studio. It was a monologue before an audience of fellow actors. And it worked! I found the bright lights of the stage, against the backdrop of a dark theater, created a blurry haze on which I was able to visualize my character’s environment (if my memory is correct, I portrayed a Sicilian mobster undergoing psychotherapy… a foreshadowing of Tony Soprano). It was a transcendent moment.

Let me mention a couple of places where the analogy obviously breaks down. First, the divine presence is not a human invention, imagined and projected upon reality. God is ultimate reality, the One by whom all things have been created and hold together. Second, instead of escaping from ourselves (by emulating other characters) we are called to become our truest selves in Christ, a new creation process in which the Spirit conforms us to Christ’s image.

With those qualifications said, here is how I think Hagen’s fourth wall can help us to live coram Deo. Just as an actor will concentrate upon his character’s foreground, we focus upon the reality of God’s abiding presence, for it is there—in God himself—where we find inspiration in the mundane and arduous places of life. “Though you have not seen him, you love him,” writes Peter. “Though you do not now see him, you believe in him and rejoice with joy that is inexpressible and filled with glory” (1 Pet. 1:8). What we can’t see with the naked eye, we recognize by faith.

Yes, sometimes we feel isolation and despair. But we nevertheless have God’s promise, “I will never leave you nor forsake you” (Deut. 31:6; Heb. 13:5). Indeed, every hair of our heads is numbered (Matt. 10:30… and if you’re bald, God knows every dysfunctional follicle). We will sometimes feel abandoned. We may feel defeated. We can even feel like hope has evaporated. But such feelings do not constitute ultimate reality.

In reality, God is always present, and his favor continually shines upon us in Christ, a pledge that extends through the end of the age (Matt. 28:20). This, my friends, is where we find inspiration to live coram Deo. It is in the realization that God always leads us by his grace, even when we fail to recognize his loving gaze upon us. As the Lord says through the Psalmist: “I will instruct you and teach you in the way you should go; I will counsel you with my eye upon you” (Psalm 32:8).