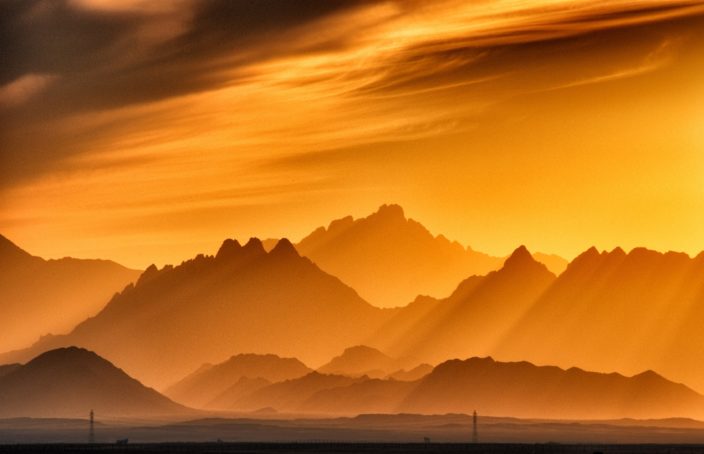 “We are more than conquerors through Him who loved us” – Romans 8:37

I was with some friends recently at lunch and a few of us were reflecting on where we would be without Jesus. Our thoughts ran to unsaved loved ones, and old, unsaved friends who over the years have lived lives that were spiritually speaking, shipwrecked. My humble friend exclaimed “that’s where I would be” reflecting on the powerful force of sin and how she too would be shipwrecked had it not been for the Lord’s intervening grace. Sin indeed is a powerful foe. The enormity of its presence in every aspect of our lives both externally and internally is enough for many of us to throw up our hands in defeat.

What is remarkable about this all-encompassing, ever-present foe (Romans 7:21) is that it has, what appears to be, major advantages and numerous allies, namely the very world around us and the invasiveness of our fallen flesh. In the book of Exodus, we get an account of the enormity, of a monstrous enemy, and his all-encompassing, intimidating, empire of evil. His power is displayed in every way possible before the enslaved Israelites. Pyramids, monuments, and statues of false gods at every turn. The Israelites were indeed at a great disadvantage, left to themselves. But as they labored in slavery, they prayed, and the God of power heard their cries (Exodus 3:9).

Amazingly that story does not end with their defeat or captivity. In a display of great sovereignty, God unleashes his power, and suddenly what appeared to be an all-encompassing force to the Israelites, is reduced down to “nothing.”

But listen to this. In Ephesians 4:1 the great apostle says: “I Paul, a prisoner for the Lord.”  With just a few introductory words Paul mocks the power of sin. I am no longer a slave or a prisoner to sin (Romans 6:18) but instead a joyful (Phil 4:12) prisoner of the Lord. You see Paul, like all of us, is a redeemed man. He is in fact so changed that he now can turn sin on its head and neutralize its power to make us slaves or prisoners. Sin wants to master us (Gen 4:7) and force us to be a prisoner to its lusts. Without shame and with a sense of gladness, Paul claims he is a prisoner for the Lord and then emphatically calls us to “walk worthy” of the calling to which we have been called. That is, he wants us too, to be glad, prisoners of the Lord. Prisoners that are humble, gentle, patient and bear with one another. The way Paul uses the word “prisoner” in a positive, godly fashion reminds me of David taking Goliath’s own sword and using it to cut off his head. David, by faith, mocked Goliath’s intimidating presence and then used his very own sword to kill him.

And so too Paul mocks captivity.

Paul was not a captive, but rather captivated by His God.

In the Exodus account above, the Israelites witness God’s power as all the firstborn of Egypt die. This of course results in their liberation. Not only are they no longer prisoners or slaves to Egypt but they escaped with the Egyptians riches.

35 The people of Israel had also done as Moses told them, for they had asked the Egyptians for silver and gold jewelry and for clothing. 36 And the Lord had given the people favor in the sight of the Egyptians, so that they let them have what they asked. Thus they plundered the Egyptians.

Did you hear that? They “plundered” the enemy. They cut off Goliath’s head with his own sword and through God’s power, were freed, mocking the enemy.

In Ephesians 4:7-9 Paul gives us a glimpse into the magnitude of the believers, “plundering” of the enemy.

He says that grace was given to all of us who are called. It’s important to note that this grace extends through the course of one’s life.  You see, Jesus, who is the God of all power, “descended from His ascended position (Eph 4:8).

To lead (like Moses) a host of captives out of slavery and into freedom (Gal 5:1).

Ephesians 4:8 says it this way:

“When he ascended on high he led a host of captives, and he gave gifts to men.”

As if His rescue was not enough for us, Jesus then provides gifts to each of his saints as they leave their proverbial Egypt.

Jesus who ascended, humbled himself and descended to not just save you, but bless you with spiritual gifts so that we all may become like him.

And he gave the apostles, the prophets, the evangelists, the shepherds and teachers,  to equip the saints for the work of ministry, for building up the body of Christ,  until we all attain to the unity of the faith and of the knowledge of the Son of God, to mature manhood, to the measure of the stature of the fullness of Christ.

What does the plundering of the enemy look like for us?

This my friends is a worthy walk. Paul “urged” us to walk this way because Christ rescued us from captivity.

To walk worthy of the Gospel we have to walk in the manner of Christ himself.

My friends these qualities are not ordinary! They are amazingly contrary to this world and impossible by human standards—like that of the weak slave carrying away a powerful enemy’s gold and silver.

You see Romans 8 says you are “more than conquerors” through him who loved you!

My friends, you are more than conquerors! You have been freed and equipped with gifts from above.

This post was written by Peter J. Figliozzi, my dear friend of over thirty years, who continues to inspire me toward greater devotion to Christ.