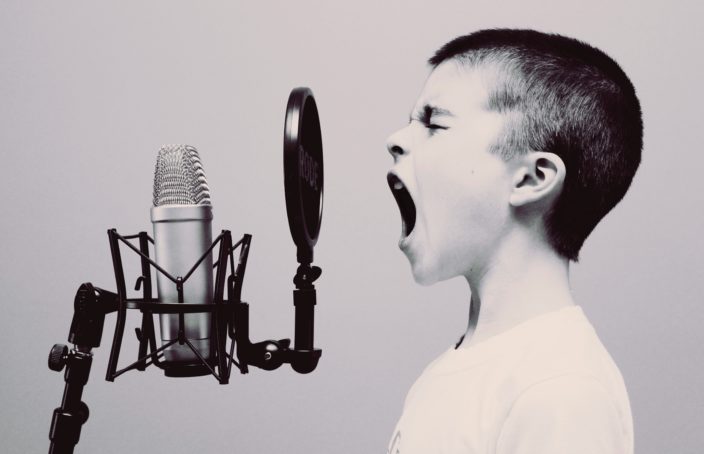 The resurrection of Jesus renews life with glorious purpose and inspires a new mode of living—to showcase hope, pursue justice, defend the vulnerable, and advocate on behalf of the weak—activities that revolve around a central message: “the crucified Savior is now alive!” It is an Easter morning faith that changes everything.

As I prayed for our church during Easter weekend, asking God to reach his gracious hand through discussions around dinner tables among relatives, I had a sinking fear that many conversations would never get there. Instead of building relational bridges on which to gather, listen, and find redemption, many of us would be hunkering down into foxholes. Why? In a word: politics.

Don’t get me wrong, I am not suggesting we drive a wedge between Christians and political life. Christianity is never a private affair to be lived out in isolation. It is true that we are pilgrims and aliens in this world, citizens of the Kingdom of God; but we are also the “salt of the earth” and “light to the world,” agents of peace called to enrich and illumine. And, of course, there are also those individuals called to vocational service in the political arena, a calling that requires Solomonic wisdom, as well as intercessory prayer from the rest of us.

Christians who disparage political involvement often do so by arguing that politics will neither overcome the core problem of human sin nor bring the consummation of God’s kingdom. “There will be no peace until the Prince of Peace returns,” they sometimes say. True indeed, but our commitment to serve the nations with the love of Christ requires involvement, and this involvement has political dimensions.

Even though political opinions are natural to the extent that one is engaged in the community and the nation, some people don’t know where to stop. Like Constantine at Milvian Bridge, preparing to confront Maxentius in battle, there are those who (having perhaps watched CNN or Fox News) are captured by a vision which says, “By this conquer.” When this happens, political allegiances become supreme, ruling one’s life and preventing us from seeing the image of God in the person sitting on the other side of the table.

When our political positions captivate our attention to the degree that they keep us from seeing the bigger purposes of God in a situation, we’re off the rails. We must then ask whether we encounter non-Christians as lost sheep in need of a Good Shepherd, or as political enemies to be defeated in an argument. In Alan Jacob’s words, do we regard that person as the “culturally repulsive other,” or as a person created by God who needs the redemptive love of Christ?

Another way to say it is that politics can become a fetish or obsession. In C. S. Lewis words:

A sick society must think about politics, as a sick man must think about his digestion: To ignore the subject may be fatal cowardice for the one as for the other. But if either comes to regard it as the natural food of the mind—if either forgets that we think of such things only in order to be able to think of something else—then what was undertaken for the sake of health has become itself a new and deadly disease.

Like digestion, the political process exists to promote human flourishing. But just as the hypochondriac focuses on his maladies to the extent that he’s immobilized by obsessive introspection, so the person enamored with political matters is left with myopia that clouds the big picture. But the resurrection of Jesus beckons our attention from myopia, inviting us to lift our eyes above the horizon to see the expansive vision of God’s kingdom. Toward that end, here are a couple of things to keep in mind.

Death is always sad. For some, the withering of a civic consensus—in whatever ideological mold it happens to belong—is a kind of death to be grieved. But we don’t grieve as those who are without hope. Instead, we look to the God whose glory transcends our cherished cultural traditions, the God to whom David instinctively turned in Psalm 57:4-5 when surrounded by terror, threat, and trepidation:

My soul is in the midst of lions;
I lie down amid fiery beasts—
the children of man, whose teeth are spears and arrows,
whose tongues are sharp swords.

Be exalted, O God, above the heavens!
Let your glory be over all the earth!

And when we’re incited by political incursions upon our sacred values, let’s not succumb to apocalyptic despair or bitter vengeance—to a resigned melancholy or Pharisee-like indignation, for evil is not locked in an equal battle against good. Christ has already triumphed and evil everywhere is recoiling in the face of his unfurling redemption. This is, after all, why Jesus said the gates of hell will not prevail against his Church, for gates by their very nature are stationary, while the Church advances. How does the Church advance? It is by men and women embodying and proclaiming the gospel of Jesus Christ, a message that triumphs over the principalities and powers of this world.

Persons focused on the risen Christ will inevitably care about public life, a vision that issues forth in compassion, advocacy, and participation in the political process. But a Christ-centered people will surely resist the contemporary reflex to charge headlong into the political fray or rally under any banner but the Lamb of God’s. There is one supreme banner beneath which we are to stand as men and women in Christ. As the prophet Isaiah says, looking forward to the coming of Messiah: “In that day the Root of Jesse will stand as a banner for the peoples; the nations will rally to him, and his resting place will be glorious” (11:10).