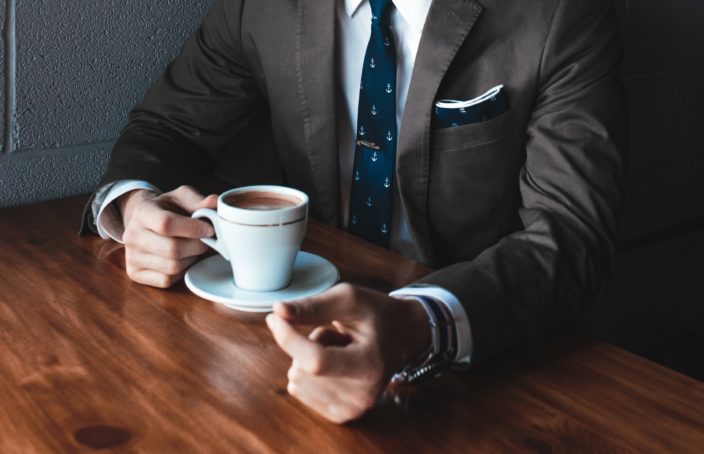 I recently grabbed coffee with an old friend in which conversation turned to the relationship between Scripture and faith. After hearing his numerous questions concerning biblical authority, I responded with the words of Paul in Romans 10:17: “faith comes from hearing, and hearing through the word of Christ.” In other words, Scripture is the God-appointed means of faith, a truth that’s been wonderfully elucidated by the great Dutch theologian Herman Bavinck.

Bavinck taught theology at Kampen in Holland, and subsequently at the Free University of Amsterdam. He is highly regarded for his four-volume Reformed Dogmatics—now translated into English and published in North America. One contemporary Princeton theologian eulogized Bavinck’s Dogmatics saying “[t]he book is so excellent that it seems almost impossible to be too generous in its praise.”1 A deep reverence marks Bavinck’s work on the biblical faith of the church—yet integrates a candid recognition of the difficulties and mysteries encountered by those who confess the one true religion. Here Bavinck reflects on some of the problems in maintaining a scripturally grounded faith.

It remains the duty of every person, therefore, first of all to put aside his or her hostility against the word of God and “to take every thought captive to obey Christ” [2 Cor. 10:5]. Scripture itself everywhere presses this demand. Only the pure of heart will see God. Rebirth will see the kingdom of God. Self-denial is the condition for being a disciple of Jesus. The wisdom of the world is folly to God. Over against all human beings, Scripture occupies a position so high that, instead of subjecting itself to their criticism, it judges them in all their thoughts and desires…

This has been the attitude of the church toward Scripture down the centuries. And the Christian dogmatician may take no other position. For a dogma is not based on the results of any historical-critical research but only on the witness of God, on the self-testimony of Holy Scripture. A Christian believes, not because everything in life reveals the love of God, but rather despite everything that raises doubt. All believers know from experience that this is true… There is not a single Christian who has not in his or her own way learned to know the antithesis between the “wisdom of the world” and “the foolishness of God.” It is one and the same battle, an ever-continuing battle, which has to be waged by all Christians, learned or unlearned, to “take every thought captive to the obedience of Christ” (2 Cor. 10:5).

Here on earth no one ever rises above that battle. Throughout the whole domain of faith, there remain “crosses” (cruces) that have to be overcome. There is no faith without struggle. To believe is to struggle, to struggle against the appearance of things. As long as people still believe in anything, their belief is challenged from all directions. No modern believer is spared from this either… There are intellectual problems (cruces) in Scripture that cannot be ignored and that will probably never be resolved. But these difficulties, which Scripture itself presents against its own inspiration, are in large part not recent discoveries of our century. They have been known at all times. Nevertheless, Jesus and the apostles, Athanasius and Augustine, Thomas and Bonaventure, Luther and Calvin, and Christians of all churches have down the centuries confessed and recognized Scripture as the word of God. Those who want to delay belief in Scripture till all the objections have been cleared up and all the contradictions have been resolved will never arrive at faith. “For who hopes for what he sees?” [Rom. 8.24]. Jesus calls blessed those who have not seen and yet believe [John 20:29].2