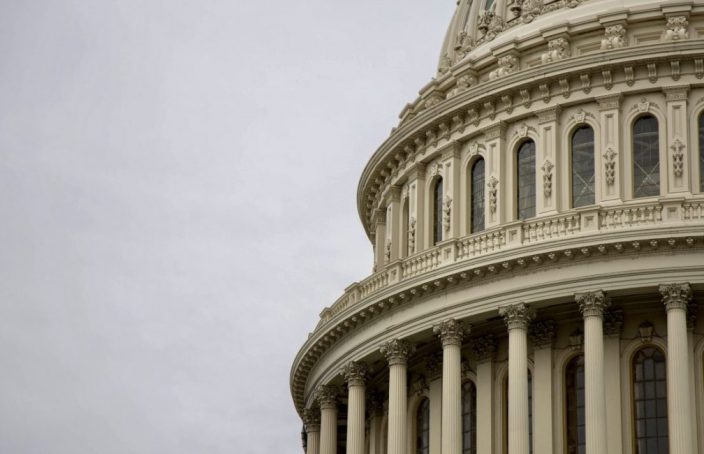 Last month I was in Grand Rapids performing the funeral of a young father. It was a heart-wrenching service that led me to ponder how the fears and angst of this moment relate to the presence of Christ’s kingdom. In God’s gracious providence, Ryan—a friend and thoughtful conversation partner who lives there—invited me out for a relaxed conversation.

After arriving at the restaurant and finding a seat, I mentioned my surprise at the multitude of banners and flags promoting a certain presidential candidate. This started a conversation about the church’s calling to political engagement. In light of current events, my friend outlined a few challenges that he sees before us, especially with regard to the sanctity of life, racial injustice, and religious liberty—challenges that, he suggested, require careful thinking. “It is easy,” he said, “in the face of such problems for Christians to settle into a privatized and sentimentalized spirituality. But that’s not an option. God calls us to be salt and light in the world.”

After a pause, Ryan then qualified his statement: “However, while it’s our calling to embody and enact righteousness in public, we must recognize that our vision for its outworking is just that—our vision, one that may in fact be different from God’s plan. Yes, let’s support candidates who craft policies that, as best we can tell, promote human flourishing and peace. But we must resist the temptation of getting so fixated on particular outcomes that we prioritize them above our ultimate ambition of trusting Christ in every situation.

Ryan’s use of the word “ultimate” resonated. Less than an hour earlier, I had observed two children placing roses onto the coffin of their deceased father before lingering to watch it lowered into the ground. In that moment, I looked over at their mother, Heather, now a widow, and felt the sorrowful sting of death. This was not the outcome any of us wanted, to be sure. But now, confronted by this regrettable reality, our hearts clung to our ultimate hope—the redemptive promise and abiding presence of Christ.

How do we see through the fog of our fears and trust in the darkness? The answer came into greater focus a few years ago while walking through Christ Church in Oxford with my doctoral supervisor, Anthony Lane. Looking up at the cathedral tower, I said, “It is too bad that King Edward VI died at the tender age of fifteen, just when gospel renewal was starting to gain momentum in England.” You may know something of the history. Under King Edward VI, Archbishop Thomas Cranmer and likeminded Reformers sought to renew the English church with biblical teaching. They made splendid progress, that is, until Edward suddenly died of tuberculosis and was succeeded by his (Roman Catholic) sister, Mary Tudor, who promptly ended their Reformation, sending Cranmer and his colleagues to burn at the stake.

In his inimitable way, Dr. Lane responded to my expression of lament for Edward VI’s untimely death by saying, “Perhaps not.” At that point, I’m sure I looked confused. He continued, “We have our ideas of what is proper and good for the kingdom, but the methods and means of God are different. When Latimer and Ridley were martyred in Oxford it was tragic; but consider how they have become an enduring witness to divine grace. Or consider John Bunyan, imprisoned for twelve years at the Bedford County Jail, a confinement in which he penned his classic work The Pilgrim’s Progress.” After some more examples of God’s inscrutable will, Professor Lane offered a final word that hung in the air: “We mustn’t ever forget, it’s a crucified Savior we follow.”

My friends Ryan and Dr. Lane have given us important insights as we consider our political moment. The lesson from Ryan affirms the importance of earnest cultural engagement through voting, advocacy, service, and at times even peaceful protest. But we do so with heartfelt reverence that persistently prays to the Father, “Your kingdom come, your will be done.” At the same time, Professor Lane reminds us that for those who bear the name “Christian”—who follow a crucified Savior—the coming of the kingdom may look quite different from what we desire. Nevertheless, we have every reason to faithfully proceed through this moment’s political angst, assured that in each circumstance—even the most inscrutable—Christ will build His church and the gates of hell will not prevail against it.