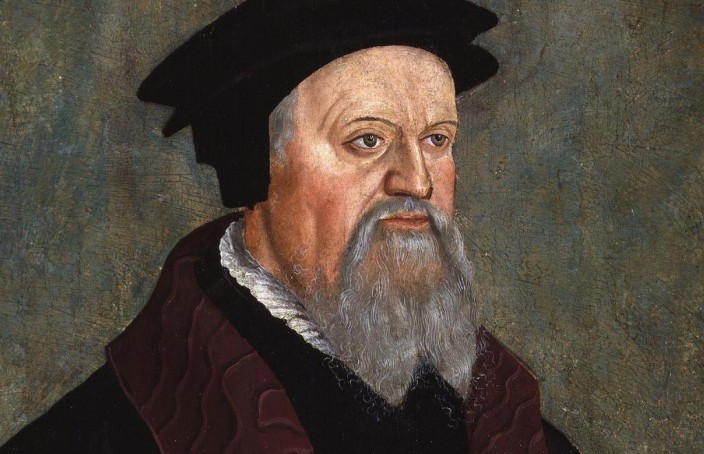 Confronted by the persecution, force, and cruelty of this world, Peter Martyr Vermigli (1499–1542, pronounced Vayr-MEEL-yee,) urged Christians to leave the shadows of ignorance and recognize two realities: their identity in Christ and the sure hope of one day seeing God face to face. This, he contends, is “man’s ultimate happiness,” the delight that surpasses all worldly pleasure—to be accepted by the eternal Father in Christ.

In his earliest surviving work, his Credo exposition, Vermigli strikes this note, taking up the problem of ignorance among Christians concerning their salvation in Christ. The solution, he contends, is a diligent study of the faith that draws from the inspired text of Scripture, applying its redemptive insight to a range of theological, moral, and political challenges. Herein lies Vermigli’s genius. As a biblical exegete and first-rate philosopher, he was able to connect divine truth to the most vexing questions of his day. And as a theologian, he offered this reflection with an abiding concern for the church’s calling in the world.

Some have noted how Vermigli’s life illustrates the larger movements of the Protestant Reformation—his strategic implementation of reform in the bosom of Roman Catholic Italy, fleeing north of the Alps to Zurich (the Reformed tradition’s birthplace) as a Protestant theologian in exile, collaborating with Martin Bucer in Strasbourg, onto Oxford during the reign of Edward VI to assist Cranmer in shaping the Church of England, back to Strasbourg, and eventually to Zurich again to teach theology with Bullinger for the balance of his days. These movements, it turns out, also portray the requisite qualities of a gospel minister, values that are as critical now as they were in the sixteenth century. In what follows, we will briefly retrace Vermigli’s footsteps to observe some of these inspiring qualities.

The Miracle of Italy

From childhood, Peter Martyr (as he became known) desired to teach God’s Word. At age fifteen he entered the Augustinian order near his native Florence. After eight years of theological training, he underwent priestly ordination and received a doctorate in theology. Soon he was elected to the office of public preacher, an illustrious position in that day. As his name grew famous in the largest Italian cities, he was eventually moved southward to lead the great San Pietro ad Aram in Naples. It was here that his life changed forever.

During Vermigli’s sojourn at San Pietro (1537–1540), according to his disciple and biographer, Josiah Simler, “the greater light of God’s truth” began to shine upon him. This truth, in Vermigli’s words, was that “Christ’s righteousness imputed to us by God totally restores what was lacking in this weak and mutilated righteousness of ours.”[1] It was a gospel awakening that amounted to conversion, and it became his animating impulse: Christ has risen according to the Scriptures, a reality that reconciles us to God and dignifies life with eternal significance.

With this new, gospel-directed orientation, Vermigli moved north in May of 1541 to become prior of the prestigious monastery of San Frediano in the Republic of Lucca. It was there he initiated a series of educational and ecclesiastical reforms that have been likened to Calvin’s work in Geneva. But after a mere fifteen months, Pope Paul III hastened its demise by reinstituting the Roman Inquisition, a defining moment in which Vermigli renounced his vows and made the arduous decision to flee his homeland.

Martin Bucer arranged for Vermigli’s academic appointment to the College of Saint Thomas in Strasbourg. The Italian exile was expected to teach sacred letters, which he did from the Old Testament. After five fruitful years in the Alsatian city, Vermigli received an invitation from Archbishop Thomas Cranmer in 1547 to fortify the newly independent Church of England with Reformed theology as Regius Chair of Divinity at Oxford. According to S. L. Greenslade, “Peter Martyr was unquestionably the most learned” of the early holders of the Regius Chair position.[2]

With the accession of the Catholic Queen Mary in 1553, Vermigli was forced to flee England. Returning to Strasbourg, he was immediately restored to his position at the Senior School. And in addition to teaching and writing theological works, he gathered with Marian exiles in his home, many of whom he hosted, to study and pray. This practice illustrates another theme in Vermigli’s life: warm-hearted friendships and mentoring of younger Christians, an enduring and intimate bond to which his personal letters testify.[3]

Vermigli died in Zurich on November 12, 1562 in the presence of his wife and friends. According to Simler, who was present along with Bullinger and a small group of others: “[Peter Martyr] was silent in deep personal reflection; then he turned to us and stated with a rather clear voice that he acknowledged life and salvation in Christ alone, who had been given by the Father to the human race as its only savior.”  This catchphrase, “salvation in Christ alone,” is an apt summary of Vermigli’s legacy, a life that John Calvin called “the miracle of Italy.”

Take Up and Read

The life of Peter Martyr provides poignant lessons to inspire and instruct the contemporary church, some of which we’ve noted: the necessity of submitting oneself to the authority of Scripture, the providential care of God over his children as we face the hardship and cruelty of this world, the animating power of gospel proclamation, the need for theological precision and thoroughness, and the importance of warm hearted-friendship that edifies the church and equips young leaders.

Thankfully, Peter Martyr continues to provide these lessons. Since the early-nineties an international range of Vermigli scholars have been working hard to publish his sermons, commentaries, orations, letters, prayers, and theological treatises in The Peter Martyr Library, an extensive work of English translation. In 2017, this project was acquired by the Davenant Institute, which has already reprinted several of these texts in affordable paperbacks: The Oxford Treatise and Disputation on the Eucharist, The Dialogue on the Two Natures in Christ, Philosophical Works, and Predestination and Justification. Davenant recently partnered with Faithlife to offer digitized editions of these invaluable texts, and perhaps most excitingly, is about to publish the first installment of the first modern English translation of Vermigli’s magnum opus, his Common Places!

Above all, Vermigli will be remembered for his passion to teach Scripture with the gospel at the leading edge. Even the painting of Peter Martyr hanging in the National Portrait Gallery in London testifies to this focus. In it, Martyr’s penetrating eyes look to the distance beyond the gilded frame as he points to a singular book in his hand: the Bible. If we were to place a statement on Vermigli’s lips, it would perhaps be his exhortation to youth: “Let us immerse ourselves constantly in the sacred Scriptures, let us work at reading them, and by the gift of Christ’s Spirit the things that are necessary for salvation will be for us clear, direct, and completely open.”[4]

Some five hundred years later, Peter Martyr’s ministry continues to speak, imparting illumination to those who follow the example of his ancient mentor, Augustine: “tolle lege, tolle lege” (“take up and read, take up and read”).

[2] S. L. Greenslade, “The Faculty of Theology.” In The Collegiate University, edited by James McConica. Vol. 3 of The History of the University of Oxford. (Oxford: Oxford University Press, 1986),” 315.

[3] Some of these letters are found in Life, Letters, and Sermons. Translated and edited by John Patrick Donnelly. The Peter Martyr Library, vol. 5. (Kirksville: Thomas Jefferson University Press, 1999).