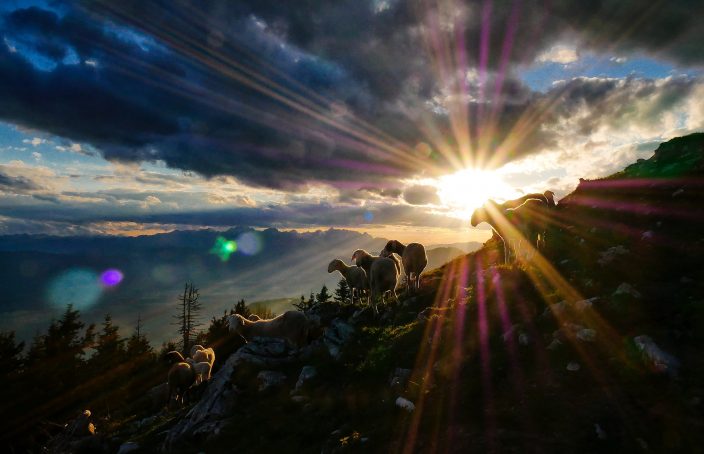 In the opening of his classic book, The Knowledge of the Holy, A. W. Tozer memorably declares, “What comes into our minds when we think about God is the most important thing about us.” In other words, our thoughts about God inform every level of our being–our hopes, dreams, fears, aspirations, what we despise, and what we celebrate. “For as [a person] thinks within himself, so he is” (Proverbs 23:7, NASB). Let’s take a look at a pernicious but all too common misconception. It is the view that sees God as a perpetually frowning, imperious tyrant, who relates to humanity through grim, unappeasable rules. In essence, it looks at God’s law to the exclusion of God’s grace. The religious leaders in the time of Jesus were often trapped in this warped view. In Luke 15, Jesus corrects this misunderstanding.

The text begins, “Now the tax collectors and sinners were all drawing near to hear him. And the Pharisees and the scribes grumbled, saying, ‘This man receives sinners and eats with them’” (15:1-2, ESV). Instead of simply upbraiding them for their proud, selfish, and miserable hearts, Jesus tells them three quick stories or parables.

The first is about a shepherd who loses one sheep, leaves his remaining ninety-nine out in the field, searches for it, finds it, and celebrates with friends and family. The lesson, according to Jesus: “Just so, I tell you, there will be more joy in heaven over one sinner who repents than over ninety-nine righteous persons who need no repentance” (15:7).

The second features a woman who has lost one of her ten coins, searches for it, finds it, and rejoices with her neighbors. “Just so,” Jesus summarizes, “I tell you, there is joy before the angels of God over one sinner who repents” (15:10).

Jesus’ third story, the parable of the lost son, is the most famous, and the most subtle. In it, one of two sons of a wealthy father loses himself, taking his inheritance and squandering it on wine, women, and song. The young man, finally destitute, comes crawling back to his father, who has remained in the background until now. The man, however, rushes to his bedraggled son, clothes him with honor, and throws a sumptuous party for him. Yet the celebration, unlike in the first two parables, is far from the end of the story.

The older son, who has been working out in the fields, comes in, hears the sounds of revelry . . . and is not amused. “Look,” he fairly hisses at his father, “these many years I have served you, and I never disobeyed your command, yet you never gave me a young goat, that I might celebrate with my friends” (15:29).

The older son refuses to join the party because his sense of fairness has been violated. In his mind, he has slaved away diligently, yet it is the wastrel who gets the royal treatment, not him: “But when this son of yours came, who has devoured your property with prostitutes, you killed the fattened calf for him!” (15:30). In his pride, he cannot even spit out the words “my brother”!

In Jesus’ story, the father’s response to the elder son is aimed right at the scribes and Pharisees. “Son, you are always with me, and all that is mine is yours,” he says. “It was fitting to celebrate and be glad, for this your brother was dead, and is alive; he was lost, and is found” (15:31-32).

The parable ends there. Unlike the earlier stories, there is no explicit lesson from Jesus. We don’t know whether the formerly lost son’s big brother joins in the celebration, though it is clear that he should. The point, you see, is not bowing to some crabbed notion of fairness, but losing ourselves in God’s grand graciousness. Will the son forsake his pride and jealousy and become more like his gracious father? Will the Pharisees and scribes?

The question also applies to us, especially to those of us who are considered religious leaders, who seek to faithfully serve and obey God. Have we allowed the same kinds of warped notions about God to seep into our minds? Do we secretly feel that serving the Lord is a mere duty that deserves some sort of reward? If so, are we dangerously close to a soul-stifling legalism?

In these stories, we learn that the natural response of heaven to the salvation of a lost sinner is to celebrate. Do we feel the same way? Do our hearts rejoice at the sight of prodigal sons and daughters returning from far-off countries? Does it make us want to dance? God is no cosmic tyrant; He is the Father of redemptive grace. This, my friends, is a reason to celebrate!