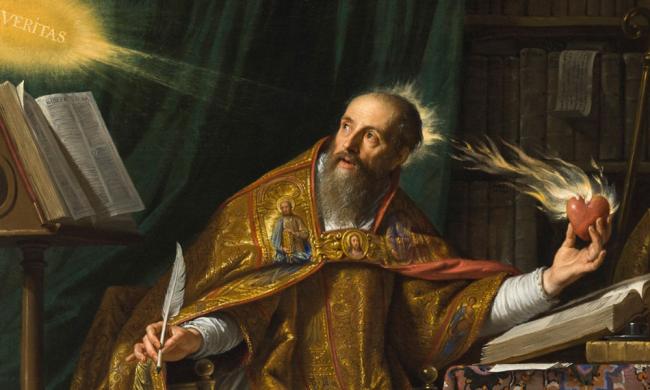 Augustine’s first literary work as bishop was a two-book reply to certain questions about biblical interpretation. The questions had been sent to him by the successor of Ambrose in Milan, Simplician, who had also previously mentored Augustine during a season of spiritual difficulty.

This following extract on divine mercy comes from Augustine’s answer to Simplician (in the larger context of the relation of grace and free will in Romans 9:10-29). In it, Augustine explains that any compassion a believer might possess is traced back to God’s provision. A believer should therefore never feel proud about possessing compassion because it is a gift from above.

If God will have mercy on a man so as to call him, he will also have mercy on him so that he may believe; and on him on whom he in mercy bestows faith he will show compassion, i.e., will make him compassionate, so that he may also perform good works. So we are admonished that no one ought to glory or exult in his works of mercy as if he had propitiated [satisfied] God by meritorious works of his own. God gave him the power to be merciful when he showed compassion on whom he would show compassion. If anyone boasts that he has merited compassion by his faith, let him know that God gave him faith. God shows compassion by inspiring faith in the one on whom he had compassion in giving to one who was still an unbeliever a share in his calling. For already the believer is distinguished from the ungodly. “What hast thou that thou didst not receive? But if thou didst receive it, why dost thou glory, as if thou hadst not received it (1 Cor. 4:7)?1