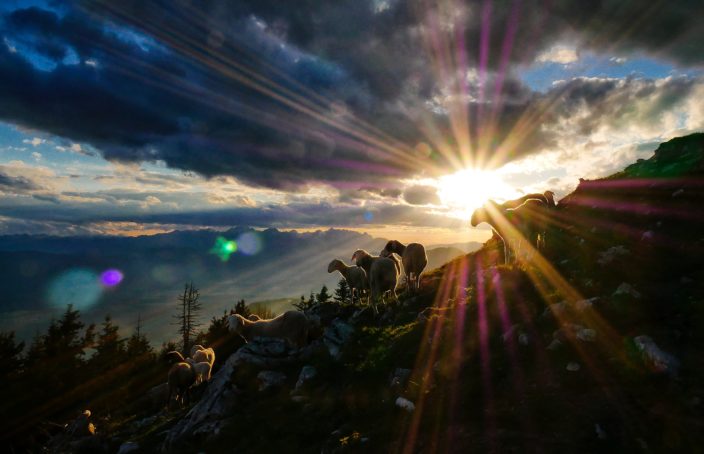 It was among the best pieces of advice I’ve ever received. Following an exposition of Matthew 2 in which I explained the typological significance of Jesus’ flight to Egypt against the background of salvation history, an older member of the congregation put his arm around me and asked if he could offer some feedback. “Please,” I replied, “I am a seminarian; this is the season of life in which I need input.” I’m not sure I believed it, but it seemed like the appropriate thing to say.

The old gentleman with piercing blue eyes proceeded to educate me: “I realize that you are studying biblical theology under the likes of Greg Beale and that you’re captivated by the amazing scope and sequence of redemptive history, but you can’t live at 30,000 feet. The canon’s overarching themes, running from Old to New and culminating in Jesus, are absolutely crucial; but there is more to the Bible than simply the ‘meta-level.’ In his incarnation, Jesus became a real man. He woke up in the morning, ate breakfast, walked on dirt roads, sweated, laughed, cried, and shed actual blood. Yes, there are wonders in the heavens above and signs in the earth below, but Peter and John also looked into the eyes of a broken leper sitting at a real temple gate before lifting him by the hand to stand upon strengthened feet and ankles. In other words, the redemptive drama must also include the sights and smells of human experience.”

The Texture of the Text

Not for a moment do I wish to impugn my esteemed professors who introduced us to biblical theology. The problem is not with them, but with people like me who tend to get so jazzed by redemptive history that we can sometimes forget the human dimensions of a text. Our interpretive sensibilities naturally ascend to the upper stratosphere of inter-canonical themes, like a hot air balloon aficionado who remains captivated by the bird’s-eye view. But there are also wonders on the ground below. For example, notice how R. Kent Hughes captures the earthiness of the incarnation of our Lord Jesus:

If we imagine that it was into a freshly swept County Fair stable that Jesus was born, we miss the whole point. It was wretched—scandalous! There was sweat and pain and blood and cries as Mary reached to the stars for help. The earth was cold and hard. The smell of birth was mixed into a wretched bouquet with the stench of manure and acrid straw. Trembling carpenter’s hands, clumsy with fear, grasped God’s Son slippery with blood—the baby’s limbs waving helplessly as if falling through space—his face grimacing as he gasped in the cold and his cry pierced the night.

There are two sides of the horse from which we easily fall. Preachers who tease out the existential dimensions of a passage without explaining the larger redemptive-historical context are soon in danger of reducing the Bible to a horizontal level. Examples of this approach—moralism, therapeutic deism, and theologically anemic pep talks—are common enough. While it is unlikely that pastors and teachers in our corner of the ecclesial pond will drop anchor in these waters, let us not think ourselves to immune interpretive imbalance. We are susceptible to another kind of interpretive mistake, namely, tracing themes through the meta-narrative and never touching down upon the earth.

It can’t be an either/or. We must explain, as Paul says, that all the promises of God find their yes in Christ (2 Cor. 1:20), explaining how the seed of Abraham is the Savior of the world. But it must simultaneously recognize that this “Seed” was also a red-blooded man, who in every respect has been tempted as we are, yet without sin. Such perspective enables us to go home from a sermon or Bible study struck by the miraculous coherency of salvation history and at the same time more deeply in love with our Savior, the first-century Jewish God/man, who was conceived by the Holy Spirit and born of the Virgin Mary, and who bore our sins in his body on the tree, that we might die to sin and live to righteousness.